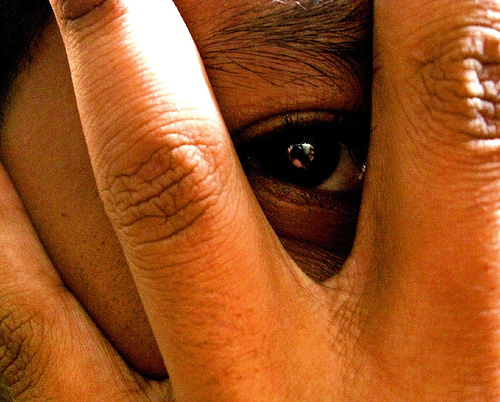 When you encounter an article that starts ‘What if…’ that’s the cue to engage your imagination and cast aside your preconceptions on life. So…

What if God really did not want to be God. What if God was simply asked to do a rush job on the Creation as a favour for some other supreme being – an office junior in a Ministry of Creation just doing a job. It does sound like a rush job doesn’t it – six days to create a world. Oceans, forests AND man!

Did God really sign up for all that goes with the role. All that worshipping and pretentious piety. Has God ended with more than He bargained for? Even the idea of God’s gender is questioned, is He a he or a she or maybe even a ‘they’?

For the purpose of this post, I’ll go with the popular ‘He’.

The constant questioning of His existence, all that blaming and cussing. All that cruelty in His name, all that blood spilt in crusades for His glory. But of course, as is typical with Ministry employees, He has been moved on to something else now, with little consideration how his last project is progressing. Perhaps every now and then, He might get a call about some missing paperwork or design decision. But the longer it persists, the less He remembers.

So, reluctantly corralled into this job, what if God was a little forward thinking and gave Man a little more intelligence than was planned. He hoped that in doing this He could avoid some future maintenance by creating a being that had the power of choice, free will and thought (of course the power of choice would absolve the creator of the responsibility for the creations choices – nice).

Perhaps the creation and a short time thereafter was God’s retirement; perhaps the world, the land ,seas and oceans, flora and fauna were all final farewell frivolities?. Perhaps despite all that praying and belief, no one is actually listening because God is in retirement in some divine Costa Del Sol. Perhaps shit really just happens.

Cast into this reluctant role of super deity, the beginning and the end, what if God does not have a grand plan for each one of His creations and after the Creation(which was a Ministry design anyway) He basically ran out of ideas of what to do wit this Creation of His.

What if contrary to popular belief God does not know, see and hear it all.A victim of his own success, perhaps God has really had enough of this enforced support role and now wants to be rid of this project that never goes away – that is more trouble than its worth.