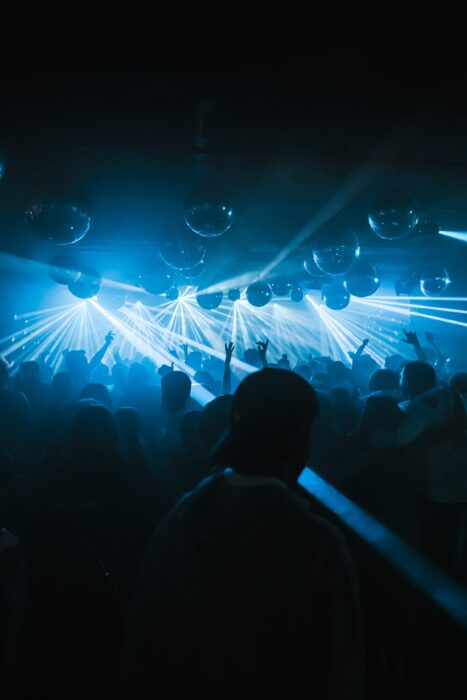 From my late 20s I lived with bouts of depression.

I don’t know if I’m chemically prone to it or just the pressure of perception of the expectations I placed on myself created a new ‘gem’ in my crown. In any case, I would have quite deep lows.

The first time the thought of suicide crossed my mind was when I was 31 – in the worst time of my divorce and wracked with guilt about failing as a father to two young children and the hitherto unresolved grief of missing my Dad. It was the usual thoughts of ‘they’d all be better without me’ / ‘I’d be better without this’ / ‘this is too much to take’.

Recently though, I have come to another place. One that I find great logic in and certainly what seems like a longer term cognitive solution.

A party at Hotel California, but you can leave anytime you want.

I accept that the person I am now can have these thoughts and probably always will – given enough stress. That’s OK. There is a cycle to it. There are signs of an impending low I can see and there are things I can do to mitigate.

I also now accept that I have the power to end my own life anytime I chose. That is the biggest release I found. It – for me at least – is the biggest affirmation to staying alive. In a thought, I have broken the biggest reason I had to contemplate suicide – that horrible, powerless sense of being trapped.

Speaking to my daughter recently about this, I developed a really apt metaphor (those who know me, know that metaphors are my thing!). This is something that now plays in my head and reinforces that sense of NOT feeling trapped – a new kind of fearlessness.

Imagine you went to a party. You will hear music you love, some you hate. You will bump into rude people, you’ll hang out with others that make you laugh and love. Sometimes you will feel miserable and want to leave. But there is no exit and every time you try to leave, your friends guilt trip you into staying. At some point, you’re not having fun anymore. You’re trapped.

What should have been a fun night, turns into a nightmare.

But what if, as you enter the party, – you are told where the exits are and you can leave any time you want and no one would stop you. They would miss you and perhaps might feel disappointed, but you wouldn’t feel like a party pooper for wanting to leave. My bet is you would stay all night – simply because you have the power to decide if / when to leave.

I’m sticking around in this party – however sucky it gets – because I know I can leave anytime.

Time to teach people to not feel trapped.

It is time for the taboo about suicide to end. I have no doubt that it contributes to the sense of being trapped that many people who consider suicide feel.

The fact is we each do have the power to end our lives – we should have the legal right to also.
It should not be criminalised.

That is not to say other forms of intervention are not necessary – if someone is being abused and decides to not commit suicide, the abuse still needs to stop and the trauma of that still needs to be resolved.

We must still talk more about how we feel with open hearts and open minds and people who need treatment should still have it. This metaphor of being able to leave the party is only a part of the bigger picture of care for all of us.

I think that without being released from this sense of being trapped, all therapy is similar to asking a bird to live more happily in its cage.

Yes, suicide is a sensitive subject.

People who have lost loved ones and are dealing with the grief and inexplicable nature of it all might feel angry about reading what I have written. That’s OK – lets talk about it.

I offer my words as someone on the same path as their loved ones but who has found a way to manage it differently. Perhaps it might help someone.